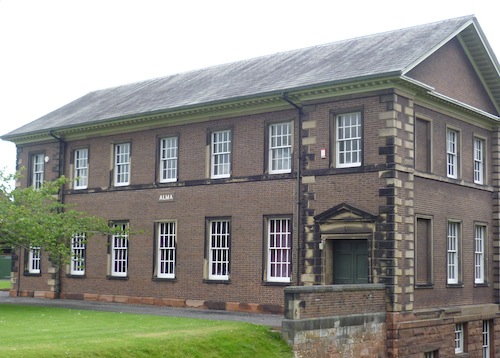 Cumbria's Museum of Military Life tells the story of the regiments that merged to form the Duke of Lancaster's Regiment in 2006, and traces their history back to 1702. The fascinating collection covers both military and civilian experiences and tells how the lives of people in the North-West of England have been shaped by conflict.

In 2010 the museum secured a Stage 1 pass from the Heritage Lottery Fund to enable it to plan a move from its location in Queen Mary's Tower, a 16th century building in the inner ward of Carlisle Castle, to the much more spacious and better equipped Alma block in the castle's outer ward. The Alma building has a strong connection to the regiment, having been built in 1932 as one of the regimental depot buildings.  The museum's planned new location would enable the complete re-storage and redisplay of the collection, new exhibitions, increased opportunities for volunteering and work placements, and a vibrant new programme of events and workshops for formal and informal learners.

I worked with York-based exhibition designers PLB Projects Ltd to create an Activity Plan for the museum's Stage 2 Heritage Fund bid, bringing expertise in museum education to complement PLB's team of consultants and design specialists. The work included consultation with teachers, young people and other stakeholders to inform development of an Activity Plan detailed three-year Action Plan to transform the museum.

In June 2012 we heard that our bid had been successful as the HLF announced an award of £1.43m to transform and relocate the museum.