Who were the Brontës? 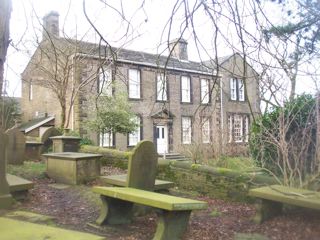 The Brontës of Haworth are among the best-known writers in the English language. The image of a family of geniuses producing poetry and novels in splendid isolation from a lonely parsonage on a windswept Yorkshire moor has captured the imagination of millions.  There have been numerous books, films, plays and novels about Charlotte, Emily, Anne and Branwell all based on that image.  But is it actually true?

"Who were the Brontes?" questioned some of the popular myths surrounding the Bronte family.  I researched and wrote the exhibition with the support of museum staff.  I used the Brontës' own writings, their personal possessions, new scientific research and the work of artist Cornelia Parker to explore what the family's lives were really like.  The exhibition explored the relationship between Haworth and the Brontës, and looked at how a major tourist industry had developed around their former home.  It was on show at the Parsonage Museum for two years to January 2009.

I also worked with the museum on a second exhibition, "That Unlucky Book", which celebrated the first ever biography of Charlotte Bronte published by novelist Elizabeth Gaskell in 1857.  The exhibition showcased objects, letters and personal belongings that are not usually on display, including Mrs Gaskell's original handwritten manuscript of the biography loaned from Manchester University Library.