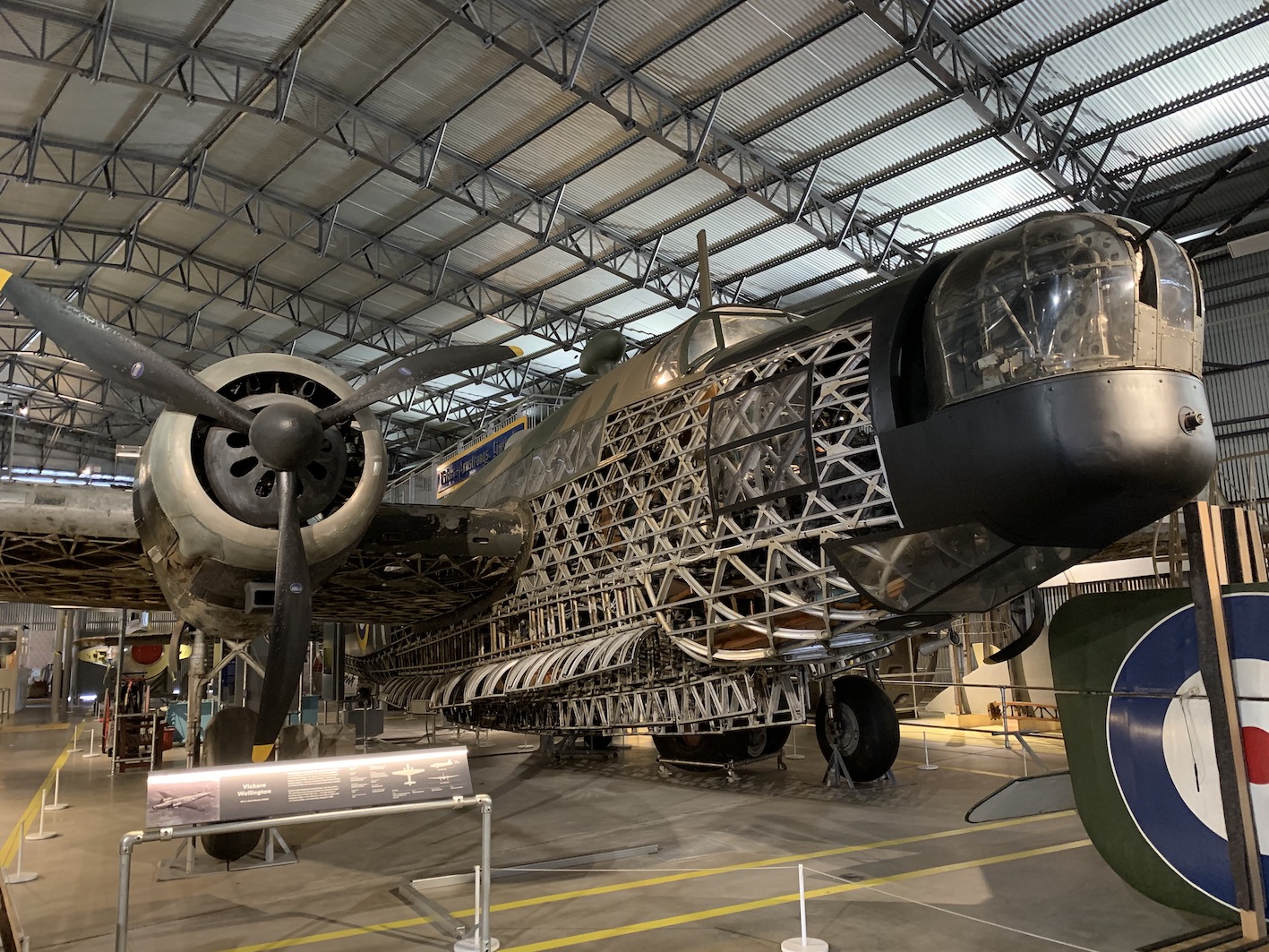 Brooklands Museum is the home of the world's first racetrack which opened in June 1907. At that time motor engineering was in its infancy and designers wanted a place where they could experiment and innnovate with this exciting new technology. Incredibly, in February 1913, driver Percy Lambert reached a speed of 103.84mph on the track - if you've ever seen a classic car from that era you're probably amazed as I am that they were even capable of those kinds of speeds. A community of racing specialists grew up around Brooklands, which became a hub of innovation in the field of motor racing and later aircraft design and manufacture. Dam buster Barnes Wallis, inventor of the 'Bouncing Bomb', was based there during the Second World War, designing military aircraft for Armstrong-Vickers including the Wellington bomber. The last Wellington bomber to see active service is now on display in the Aircraft Factory at Brooklands Museum (pictured above).

Brooklands commissioned me to work with them on a review of the museum's learning programme. The museum has an incredible collection of objects and stories that human innovation and endeavour in the fields of science and engineering and wanted to put this at the heart of its programme for schools. During the spring and summer of 2021 I worked with the museum to review its existing offer, consult with teachers, staff and volunteers, research curriculum links and development opportunities, and develop a strategy for reshaping its learning programme over the next two years to make the most of its unique stories and collections. I managed to visit the museum during the interval between lockdowns and was able to fulfil a childhood dream of going on Concorde - sadly not for a flight these days, but having watched the iconic plane occasionally fly over our house on its way to Leeds Bradford Airport and even hear the sonic boom as it passed over, the opportunity to climb aboard the last flying Concorde at Brooklands Museum felt like a real privilege.