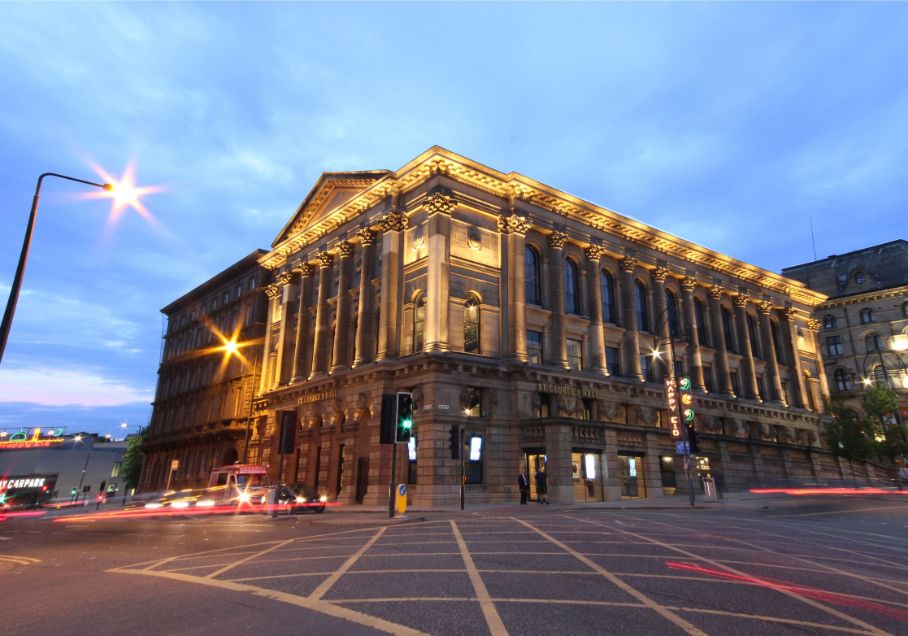 St George's Hall is a Bradford icon. It's the oldest public building in the city, built by public subscription in 1853 at a time when Bradford was the fastest growing city in the country and became known as 'the wool capital of the world' thanks to its booming textile industry. St George's Hall has an eclectic history as a concert hall and performance venue. Anyone who grew up in and around Bradford will have stories about a memorable gig or event they went to see there. The Hall is also an important community resource, hosting community events and performances,

I worked with Bradford Theatres on a final evaluation report for the restoration and redevelopment of St George's Hall, a £10m investment supported by Bradford Council and the National Lottery Heritage Fund that began in 2016. The Hall reopened to the public in the summer of 2019 after major restoration work to restore the crumbling fabric of the buliding, upgrade and modernise the public spaces and replace the roof. The project included a heritage programme to research and reinterpret the Hall's eclectic and fascinating history for a wider audience, which was adapted in response to the Covid-19 pandemic and completed in Spring 2022.

I researched and wrote the final evaluation report for the National Lottery Heritage fund, which always feels like a privilege as I get to talk to a range of people involved in the project and find out about what happened and the impact it made. The project uncovered previously unknown and often quirky histories and engaged a wide range of new audiences in Bradford and beyond. The report went to NLHF as part of the final project documentation and enabled Bradford Theatres to draw down the final 10% of the grant.