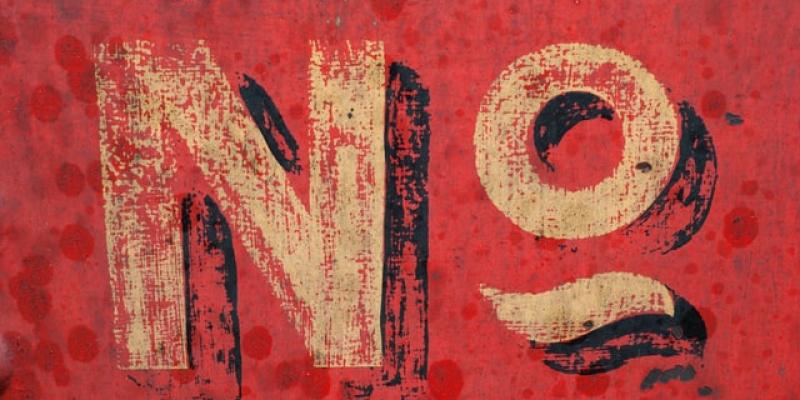 The recent Museums Association conference ran a number of sessions about workforce wellbeing. A museum director on one of the panels reminded delegates that working in a museum is ‘just a job’. I tweeted my thoughts in response – that ‘the huge unseen subsidy for the museum sector is the unpaid overtime, energy and often the wellbeing of the people who work in it’ – and had the biggest response of any tweet I’ve ever sent, since the last time I questioned the judgment of former culture secretary Oliver Dowden at least.

I thought about a conversation I’d had a few years ago with a Trade Unionist colleague. I was overworked, putting myself under huge pressure to meet my organisation's expectations, and asked her for advice. They pay you for your labour, she said. It’s just a job.

They pay you for your labour. It felt like a bold, almost transgressive thing to say. But what about vocation, I asked? What about the psychological contract? Don’t we all come into this profession in the full knowledge that we’re here out of love, not money? How can it be just a job?

I have spent my career in a constant state of negotiation with myself about how much I am prepared to give over and above the requirements of my role, whether employed or freelance. Right from the start, when I volunteered anywhere that would have me alongside working two paid jobs to get a foot in the museum door, there’s been an unspoken expectation that just doing the job to the best of your ability isn’t enough. If you treat it as ‘just a job’, the subtext goes, you won’t get anywhere, because just doing the work will look like a lack of commitment compared with the level of sacrifice that everyone else is prepared to make. That doesn’t stop as you progress in your career: I’ve lost count of the amount of unpaid overtime I’ve worked in paid jobs, the hours I’ve put into rescuing poorly thought out freelance projects, the time I’ve spent talking to people – especially over the past year - who are stressed, exhausted and close to breaking point because just giving their job 100% effort is never enough. I've worked at senior management and director level and I know how difficult it is to be a supportive and people-centred manager when the pressure is on to constantly innovate and do more with less. People pick up on the pressure you're under and the stress inevitably affects the whole team.

We can all recite the reasons behind this. There’s never enough money or enough time. Local authority museums in particular have seen significant budget reductions over the past decade which have left some struggling to deliver basic services on skeleton staff. Many museums are subject to the tyranny of competitive funding cycles which encourage them to over-promise unachievable outcomes and mean huge amounts of staff resource are sucked into the never-ending round of bid-writing and reporting back. Add to this a highly competitive jobs market, with hundreds of overqualified people chasing every vacancy, within a cultural sector that has for decades prioritised leadership development over and above the basics of good management, and it’s not surprising that so many people are feeling the strain. A recent Museums Association survey began to uncover the extent of bullying in the sector and there has been some recognition – but not much action – of the extent to which people of colour are expected to shoulder the burden of anti-racist and decolonisation work in museums. It’s a toxic mix.

There is no easy solution to any of this but one thing I think about frequently is the importance of saying no. It’s something I struggle with in my own life but it’s liberating when you realise that saying no is a positive choice. You don’t have to say yes to every opportunity that comes your way –  it can be detrimental to your business, as well as your wellbeing, if you do. I recently started working with project manager Simon Burger whose blog about how saying no can help your business flourish gave me lots to think about.  One line really resonated with me – how many times have you seen people “send out a LinkedIn post about how great [your staff] are for sacrificing their time to bail out a project that you should have said no to”?

One of the most difficult conversations I have with people in my strategy work is about the need to say no. Everyone grasps the concept and the logic but actually acting on it is really hard. Museums are so desperate to prove their impact against countless external priorities that managers can find it impossible to turn down new initiatives even when they know that the capacity to deliver isn’t there.

I've been working with several museums over the past year on their strategy and forward plans. I think this is the starting point for addressing a culture of overwork: a clear mission, strategy and set of organisational values making it absolutely clear what you are seeking to achieve that everyone can sign up to and that gives you a structure within which to make decisions. As part of the strategic planning process we have those difficult conversations about what you need to stop, start and continue doing in order to make the difference you seek to achieve. It's about questioning the mindset of saying yes to everything and being more focused about what is core business and what can be left alone. If you put effort and resources into doing something that isn't your core business the danger is you don't actually achieve more, you simply dilute the energy that should have gone into making the kind of difference that only you can achieve. If you think of those museums that are successful, really making a difference to people's lives, chances are there will be a really clear mission and strategy behind it all.

There's something in this for individuals too. What is the core purpose of your role, or your business if you work for yourself? What is it you're seeking to achieve, in your life as well as your work? What do you need to stop doing, or do less of, so that you can better balance work with life and make space for self-care? What – and who – do you need to start saying no to? I'm not advocating randomly refusing to do your job, but questioning what you say yes to and why - in life as well as work - can help you think through whether you have to do everything and realise it can be right to say no.  I'm asking myself these questions a lot at the moment as I struggle to balance solo parenting with running a business and finding time to just 'be'.

I sometimes wonder what would happen if more organisations practised saying no. What if managers were supported by senior leadership and Boards of Trustees to say no to toxic cultures of overwork and really prioritise workforce wellbeing? What if – and this is a big one – major funders said no to their traditional focus on short-term project work and additionality, and instead recognised the transformative impact that support for core costs would have on museums?

It isn't 'just a job'. That's not how I feel about the work that I do, and I know a lot of other people in our sector feel the same. But we all have to find a balance between our commitment to our work and our commitment to ourselves, and saying no more often in the context of a clear mission and purpose could be a good place to start.

Photo by Gemma Evans on Unsplash