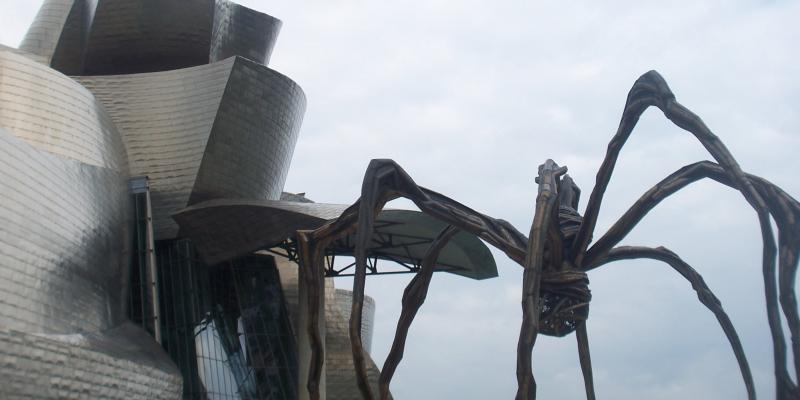 I've been lucky enough to work on several EU projects in my career. Brexit might have changed the UK's economic and political relationship with mainland Europe but I'd argue that, in the current political climate, international co-operation and collaboration are more important than ever. Thinking ahead to a post-pandemic world where international travel is possible, funding is still available for British museums to collaborate with Europe. Here, in no particular order, are some things I’ve learnt about how to succeed at (and enjoy) EU partnership work.

1. Keep it simple
Multi-partner projects are complex. This means that, as far as your own work is concerned, the simpler the better. In the first partner project I worked on, which had a modest budget, we tried to do too much – involve numerous museums, two schools, an artist, an ambitious concept and a separate external evaluation project. That meant too many partners, too many needs and expectations to cater for and in short, too much work. Second time around, mindful of the complexity of having six international partners already, we were much more focused and concise.

2.  Work on the relationships
One of the rewarding things about international co-operation is learning about the cultures of the partners you're working with. This means nothing can be taken for granted and you need to allow time to discuss fundamental assumptions before you can work together in a productive way. Some words and concepts simply don’t translate from one language to another, and others are just complex in their own right. In a partnership project about historical memory we spent hours in person and by email debating what we mean by that term and the different connotations and meanings it had for each country. This isn't something you can shortcut. It’s a much longer process when five of the six partners round the table are not working in their native language so discussions inevitably take longer than they otherwise would. I also discovered the phenomenon of ‘international English’, when five other nationalities understand each other perfectly in English yet I have no idea what they’re talking about.

3. Beware exchange rates
EU project budgets are, inevitably, in Euros. This means that for countries outside the Euro zone the value of your budget will constantly fluctuate along with the exchange rate. If you're lucky this won't be a major problem, but global financial events over the last couple of years suggest it's best to be cautious and plan in some contingency particularly if there's going to be a big time lag between making the application and actually getting your hands on funding. I have worked on projects where an inexplicable quirk of EU funding regulations meant we had to recalculate the entire budget at the end of the project based on the exchange rate at completion. This meant we didn't know what our money was going to be worth until right at the end, which caused us no end of headaches. Check the fine print and be prudent.

4. Always budget for translation
I mean always. Even if the working language of your project is English and you're not responsible for having anything translated into other languages. If you are going to receive any documents for public consumption written in English by non-native speakers, such as marketing materials or web copy, you will need to proof and edit them and that could become a major job. Even if the English is grammatically correct, stylistic conventions differ. In UK museums we use a very active and accessible voice for audience communications and I have found that many European partners write in a much more formal style than I'm comfortable with. If you can't budget for external support you at least need to make provision for this in your own work programme. Otherwise you could find yourself spending days rewriting leaflets, reports and web copy to make the content consistent and accessible, cursing the person who said you didn’t need to budget for that on the basis that everything would be provided in your mother tongue.

Some stereotypes exist for a reason, and the one about EU bureaucracy is one of those. The reporting paperwork on projects I've delivered has been labyrinthine, and each invoice and receipt, no matter now minor, had to be stamped, signed, scanned and copied before we submitted a claim. I'm not describing this to put you off, but you do need to find out the finance and reporting requirements at an early stage so you can build time into your workplan and acquaint colleagues with the process. Make very good friends with your finance manager and ensure you have a bottle of wine to hand.

6. Socialise
Effective collaboration is all about relationships. Therefore you need to make time to get to know the people you’re working with. What better way to do this than to take time out after your work is done and get to know your colleagues and their culture. Don’t go to bed straight after the meeting on the grounds that you need to be fresh the next day. If you’re travelling overseas and you can possibly manage it, try to take a day off before you travel home and spend some time exploring. You’ll need to be sensitive about this – if your overseas colleague has just spent two days chairing meetings and playing host they might not be too keen on showing you round – but I’ve found that people are generally keen to get to each other in a more relaxed setting and will put themselves out to spend time with you. In the name of international co-operation I’ve visited the Guggenheim in Bilbao, wandered round Bologna sampling the sights and the gelato, climbed a mountain in Norway and spent an enjoyable evening drinking Polish vodka (though I hasten to point out that none of this was at my employer’s or the EU's expense!)

7. Take a crash course in the language of at least one of the countries you'll be working with
If you're anything like me - a product of a typical British state secondary school - your linguistic education will probably have ended at A-level. I speak reasonable French and basic German, but typically neither were any use within the partnerships I''ve been involved with. Learning the basics of a language will be no help whatsoever in a business context. My colleagues all spoke excellent English and my holiday Spanish was entertaining rather than any practical use. However, I'd still advise having a go.  When your baggage fails to turn up at the airport or you arrive in an unfamiliar city at 11pm with no idea how to find your hotel, a few words of pidgin might just be of use.

8. Don't check your bags in on flights
Seriously, don't. Just travel light. Unless all your flights are direct, I guarantee that sooner or later an airline will lose your bag. Sitting in an 8-hour meeting wearing the clothes you've travelled in with your paperwork still in transit is nobody's idea of fun.

9.  Enjoy!
Partnership work is about so much more than achieving project outcomes. Get to know your colleagues, their organisations and their culture. You’ll enrich yourself both personally and professionally, find that all kinds of new opportunities come your way, and the chances are you’ll make some valuable friends.